At 55 years of age and after 30 years in the business, Michel Barrette proves once more that he is Quebec’s favourite storyteller. His success is in great part due to the privileged and personal contact he maintains with his audience. Seeing one of Michel Barrette’s shows is like welcoming an old friend into your living room—a friend who comes to share his most recent rants and raves with you. Telling stories is really what he does best: even an event that might seem banal at first becomes an extraordinary adventure when told by this comedy great.

In his show Faut j’te raconte, Michel transports the audience to the present, rather than the past like in his previous shows. Authentic, savoury and uncensored, this comedy veteran takes you on an extraordinary voyage through his bewildering universe. Hold on to your seat, because Barrette’s humor moves at 100 miles per hour! 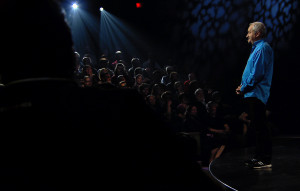 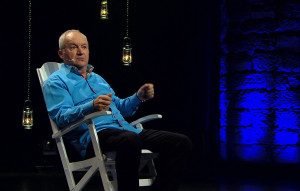